The NBA announced the approval of an on-jersey advertising program in 2016.  This new reality came to fruition this summer, coinciding with the introduction of new Nike uniforms.

Many sports fans voiced their displeasure with this idea, as the corporate world had seemingly taken another intrusive step into our sports sanctuary.  While the dust has settled and we prepare to witness some of our favorite teams and athletes play the role of “walking billboard,” I attempt to breakdown the positives and negatives of this novel concept in North American sports.

The most obvious benefit is the creation of a new revenue generator.  As recently reported by ESPN, 14 of the NBA’s 30 teams lost money last season before collecting revenue-sharing payouts, while nine finished in the red even after accounting for those payments.

While the idea that these professional sports organizations and their respective owners are swimming in cash has popularized, time-and-time-again we read stories that show several teams are actually losing money.

Granted, most owners/ownership groups are still vastly wealthy, as they utilize the purchasing of sports organizations as tax shelters, net-worth boosters and world-class levels of leisure.

Still, it’s important to put emotion aside and understand that the business of sports is still a business. The NBA has given organizations in the red an opportunity to offset some of the hefty costs associated with owning and operating an NBA team.

This could be perceived as a strategy to promote competitive balance; allowing teams to even the playing field and possess more financial freedom by, basically, selling out. Yet I would contest that this still caters to the prestigious teams in larger television markets.

The demand, return on investment and gained exposure is far greater for corporate partnerships with teams like the Los Angeles Lakers, Boston Celtics, New York Knicks and Golden State Warriors.  Comparatively, the rich get richer, just like local television deals. Small market teams like the Orlando Magic, Utah Jazz, and Milwaukee Bucks do not gain any advantage relative to other organizations.

…Other Leagues do it!

If other leagues jumped off a bridge, would the NBA do it too?

The phrase “other” mainly represents foreign leagues, as the remaining three major leagues in North America do not allow uniform advertisements (except the league and its outfitter, of course).

Meanwhile, the NBA has undoubtedly been the most successful North American-based league in reaching foreign markets and becoming an international sport and brand.  Is this just a cunning way for the NBA to subconsciously align themselves with other international giants, like the Premier League, in the eyes of the consumer?

However, there is something to be said about the numbness a large portion of the league’s audience – the international audience – has towards uniform advertisements.  It is equally as important to note that international leagues have found large audiences in the United States.  Therefore, more home-based viewers are already accustomed to this concept.

It is important to note, however, that the goal is not for fans to have a numbness or obliviousness towards corporate sponsors on their team’s uniforms. On the contrary, the hope is that corporate organizations find these partnerships noticeably beneficial.

Sports fans are unquestionably the most loyal psychographic out there. Consider the packed stadiums of rabid fans who support habitual losers.  Furthermore, consider the cost of tickets, merchandise, and the overall opportunity cost of doing something more productive than watching a three hour sporting event.

Corporations want to align themselves with that kind of brand loyalty and devotion.

Where do we draw the line?

Stadiums used to be cultural hubs that exuded pride and affiliation.  The Pittsburgh Steelers used to play at Three Rivers Stadium, now they play at Heinz Field. The Philadelphia Phillies used to play at Veterans Stadium, now they play at Citizens Bank Park.  The Portland Trail Blazers played their games at the Rose Garden, but they renamed it to Moda Center.

UniWatch has great t-shirts for those who yearn for the days when stadiums weren’t named after corporations.

Even within the stadiums, teams continue to sellout for profit. The Philadelphia Eagles have a “Miller Lite Phlite Deck” at Lincoln Financial Field.  The Jacksonville Jaguars have a “Smart Pharmacy Spa and Cabana” at Everbank Field.

Can we, as sports fans, even recall a time where we weren’t suffocated with corporate signage? What would hockey look like without ads on the ice and the boards?

Or the NBA without ads on the basket, court and scorer’s table? 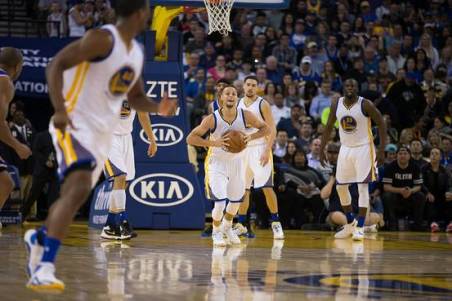 Or the MLB without shameful signage on every outfield wall?

Are uniforms like these an inevitability for North American sports? 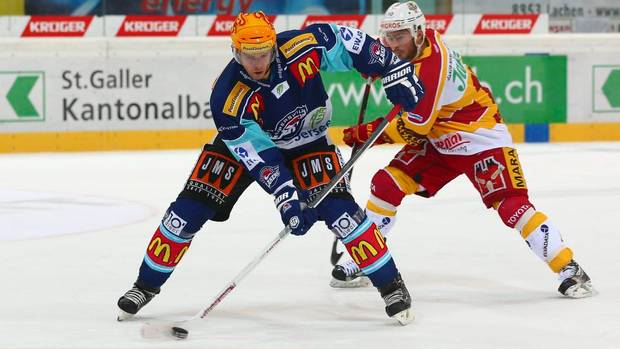 Sports used to be an escape. An escape from the stresses and realities of the real world. If for only a few hours a week, fans can come together and root for the home team.  The idea of tribalism plays a big part in this concept, something I talked about before.

I truly believe this is why there is such a pushback against sports networks discussing touchy political topics.  Not necessarily because a viewer passionately disagrees with an anchor’s particular opinion, or if a network tends to have a consistent political stance that opposes one’s own. It’s the existence of these realities in the realm of sports alone that goes against everything sports used to represent.

We can’t expect teams to resist these revenue temptations solely on this basis, but at some point there could be a form of diminishing returns.

Sports has always had settling generational consistency.  The upcoming installment of Ohio State vs. Michigan will look the same, and probably feel the same, as every other game the two rivals have played against each other.

When the Celtics take on the Lakers, we can accurately recollect all of the past matchups and rivalries.  We can vividly recall Wilt and Russell, Magic and Bird, Kobe and Pierce. But now, when Kyrie Irving takes on Lonzo Ball, there will be a small yet recognizable difference.

What would those matchups have looked like with corporate sponsors? Would past generations reminisce with the same glee and passion (ignore my amateur Photoshop skills). 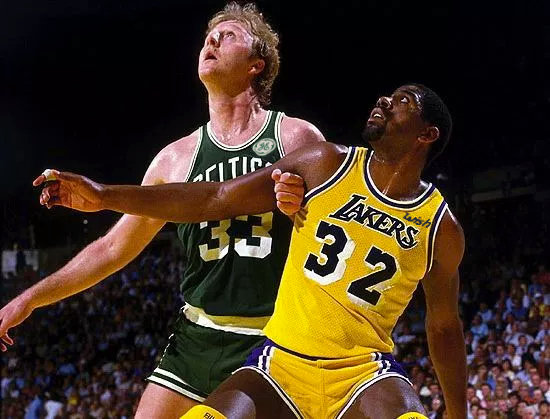 This may not seem substantial to you.  You may be able to look past it. And eventually, I’ll look past it too.

If the Sixers finally turn it around and make the playoffs, I’m not going to stifle my emotions because they have a new, unwelcomed patch on their jerseys.

But I wholeheartedly believe we, as sports fans, lose something with uniform adverstisments.

Our identity, pride and tribalistic escape loses another battle to major corporations.  It humanizes an aspect of life that we want unsullied.

Despite this rage… we will simply scoff, roll our eyes, put on our jerseys and tune in for the 2017-2018 NBA Season.